How do commissioners plan services for non-standard geographic entities?  it’s not as easy as it should be/could be because if you do not know enough about the total community served you cannot identify their needs precisely. “But is this a problem?” I hear you cry. Well yes it is because the most important building block in our health system, the GP practice, does not serve standard (ie measured and recorded) communities.  A legacy of GPs’ independent contractor status is that they can define their own practice areas.  In reality this is done with a black marker pen and a copy of an A-Z street map.  “We don’t take any patients to the east of the High Street or south of the railway line” is how practices tend to define their practice areas and then they draw up a map and pin it on their notice board, print it in their leaflet and post it on their web site.  There is nothing wrong with this except that the geography they define through this process is not one that they can have any accurate statistical data about.  They cannot know the number of people that live in the territory they serve, the age-sex population profile, the extent of deprivation and the areas and communities of greatest need. Of course GPs know lots about their practice areas – their hands on experience on the ground is second to none but they have no numerical baseline for their “territory” against which to compare their actual practice population and t measure how well they are meeting local need.

Of perhaps even greater importance is the fact that some Clinical Commissioning Groups have currently defined non-standard ie non coterminous) territories. This poses a major risk to the wider public health and health and well-being agenda and is something that we believe the analytic mapping technologies used by Public Health Departments will struggle to deal with. It is possible that the DH will iron out these wrinkles in the system but, if they do not, this remains a significant public health risk.

Damson Health have been working with our friends and colleagues at Gavurin (they may be our relations – it’s complicated – how long have you got?) to use their innovative data and analytic mapping technology G-View to create bespoke geographies that can then be used to establish denominator data for non-standard geographies such as practice populations. 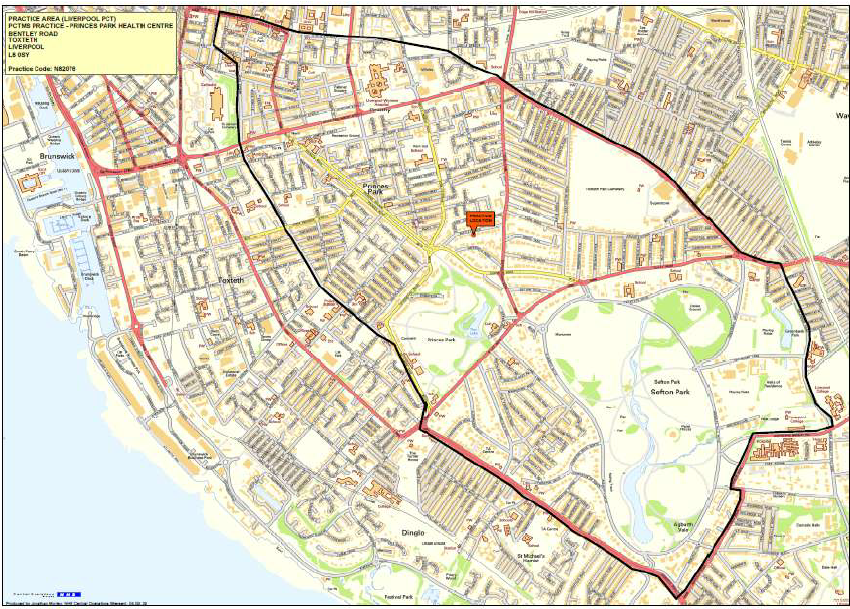 Using G-View we have matched the practice boundary as closely as possible by selecting those Lower Super Output Areas which correspond with the practice area.  Although it is not possible to match it exactly it is clear from the image below that one can largely create the unique geographical area served by the Princess Park GP Practice.  In the map below we show the Index of Multiple Deprivation scores for each of the LSOAs in the practice area.  They highly which LSOAs are in the 5% of most deprived LSOAs in England (darkest blue) and the single LSOA which is in the 50% least deprived LSOAs in England (yellow). 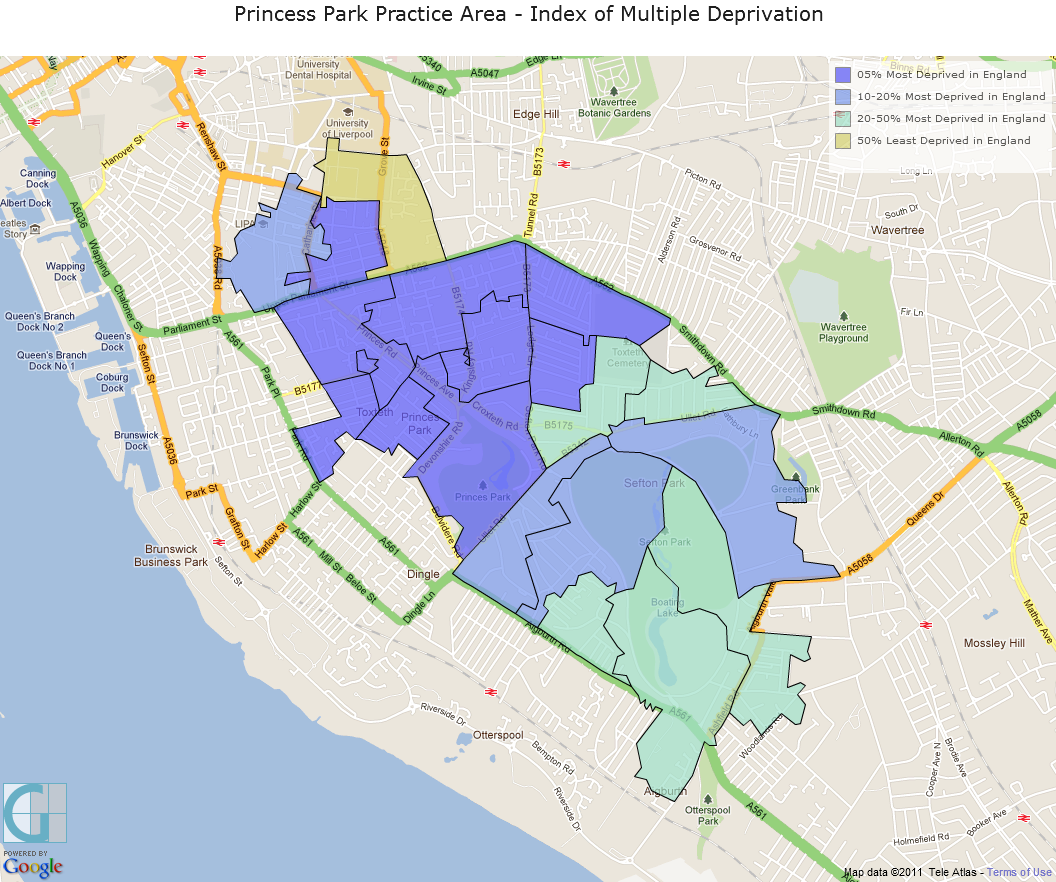 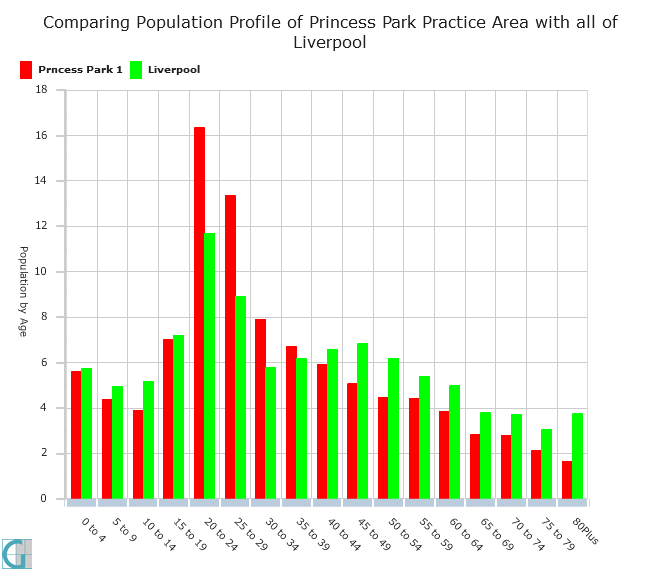 We know that 30,307 people live in this area based on the ONS data for 2010, that there are 596 females over the age of 80 and we can also find other socio-economic data such as the number of people claiming Job Seekers’ Allowance (2,235 in November 2011 – up from 2,046 in November 2010).
The next logical step would be to use the actual practice population data to compare the practice’s patient population profile with the population of the practice area. At the present time this data is not available but one can see that knowing the denominator allows clinical commissioners to gain a better understanding of the population that they serve and, to do this, they need to be able to create bespoke geographies by using technologies like G-View .