In May 2010 with the all waiting eagerly for the new coalition government’s White Paper, in the world of consultancy/non-NHS providers there was an expectation of an ‘opening up of the market’ in almost every area imaginable.  However many people thought that this would manifest itself initially as a hiatus of non-activity as restructuring, unclear processes and expectations of new guidance caused the widening of the market to grind to a halt.

Since we love mapping tools we found the newly available AQP map on the supply2health website really interesting, and have also noted how the twitterati and bloggers think this demonstrates the privitisation of the NHS.

We were however struck more by how limited a picture this presents:

–          Some PCTs are using AQP, but many are doing the minimum and using other approaches which are more helpful to them – there are plenty of ‘community outpatient services’ being tendered weekly which are for single providers.  Clearly there are pros and cons of multiple versus single providers.   If I were a commissioner (GP or PCT) I can see the attraction of a single provider whose contract I could closely manage to ensure the outcomes I wanted, and which I could ensure integrated with local NHS provision.  This might appear preferable to having a  plethora of AQP providers which, at the most basic level, will require more of my limited commissioner resource to contract with them.

–          It feels like PCTs which may previously have been slow to use the market mechanisms available to them and encouraged through the WCC processes, have now found their stride and confidence.  Uncertainty or not around the Bill and procurement guidance, they are pushing ahead to use alternative providers to improve quality and provide value. At the same time we see PCTs really getting a grip on managing contracts with non-NHS providers (dare we say more rigorously than some NHS contracts?).

–          In addition the market for commissioning support appears to be fairly well covered by the larger organisations with little place for more nimble local groupings.

And who are securing these contracts?  Clearly there are independent providers that are successful and indeed social enterprises which are securing new contracts, although also well publicised examples of Social Enterprises which do not have the financial clout to bear risk of large contracts, or to undercut pricing to secure business.  There are also still a good number of GP groups who are managing to straddle the commissioning/provision divide, and have worked with their commissioners to ensure Conflict of Interest is managed – for example the Hurley Group, but there are others too.

However something which is overlooked is that the NHS (and by which we mean Acute and Mental Health Trusts) is also doing pretty well.  The multi-million Hampshire Sexual Health service was recently won by University Hospital Southampton NHS Foundation Trust and there was some interesting publicity over the winning of the Yorkshire MSK service by the local York Teaching Hospital NHS Foundation Trust.  Over the last 5 years many FTs have built up strong business development functions that can compete with the corporates, and can partner effectively where they lack procurement expertise.

There is still a lot of ‘service redesign’ happening led by clusters, CCGs and/or PCTs  where service change is happening with existing providers even though it could be claimed that there is an opportunity to market test changes to services. Again this is probably a pragmatic response since procurement naturally has a considerable lead time, but is another means by which the NHS is not being hard-done by, compared to other sectors.

A thorough review of all supply2health contracts for the last 2 years would be interesting (but is too vast a task for us).  We suspect that the picture may show an increasingly successful commercial approach from NHS providers – and that the real organisations being squeezed out have little to do with whether independent or public, but rather it comes down almost entirely to size – with smaller organisations, be they private, NHS, social enterprise or charitable, unable to fulfil the financial and process requirements of increasingly complex procurements. 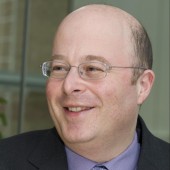